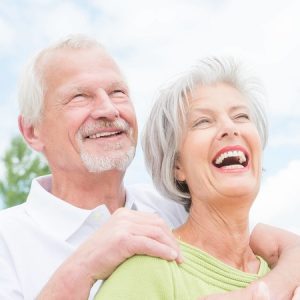 The risks associated with unhealthy habits have been well documented for younger people, but a new study suggests that it may be beneficial to maintain those same good health practices as we age.

Researchers found that older adults who were consistent in their diet and exercise routines had better cognitive function than those who did not follow the guidelines of a balanced lifestyle. They also discovered this was true for adults over 80 years old, even if they carry APOE ε4 gene variant which is linked to Alzheimer’s Disease.

“In this study, we observed that healthier lifestyle was associated with better cognitive function among the oldest old regardless of APOE genotype,” the researchers went on to say, “Our findings may inform the cognitive outlook for those oldest old with high genetic risk of cognitive impairment.”

It's More Than Just Weight, It's Also Brain Function

The study found that those who ate a healthy diet and exercised regularly had better cognitive function in old age. This is not surprising because the brain needs healthy food to work properly, but it’s also important for people of all ages to make sure they are exercising their brains with puzzles or games on an ongoing basis.

The researchers discovered an interesting divide between the genes of participants. The APOE ε4 gene made people nearly 20% more likely to experience problems with cognitive function than other variations, but if they maintained a healthy lifestyle it can make significant differences in brain health by older age.

The study found that people who exercise more, eat healthier, and drink less alcohol have a reduced risk of developing cognitive impairment. The participants with the healthiest lifestyles were significantly less likely to experience issues related to cognition than those in the other groups.

A recent study conducted by Johns Hopkins University School of Medicine has found that there are significant differences between individuals based on their levels of physical activity as well as dietary habits and drinking behaviors when it comes to mental capacity later in life.

Participants whose lifestyle was considered moderately healthy had nearly 30% lower rates for cognitive impairment whereas those with an extremely healthy lifestyle experienced 55% fewer instances.

Stay up to date with the latest from Hints for Seniors by bookmarking our homepage!